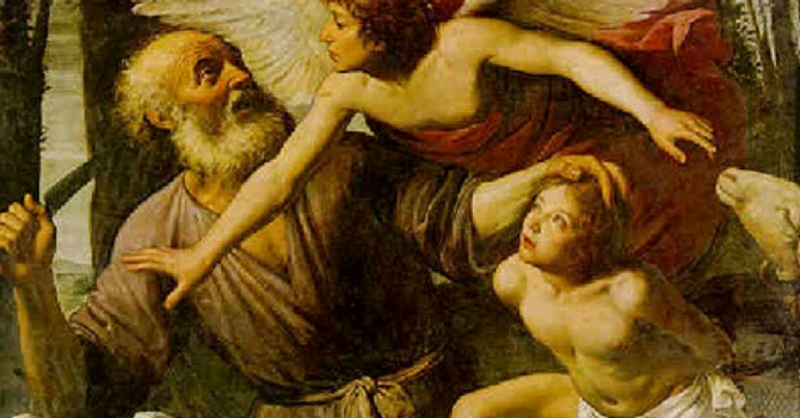 Satan is a liar and murderer. (John 8:44) Those two things go together. For lies lead to murder. And murder is always surrounded, encompassed by, and clouded with lies. Lies to yourself - lies to others. Justifications for why a murder was committed. Etc.

This is also why our politics and media are not in good shape today. For we have all moaned about living in post-truth era since the last U.S. election. But if going to be honest, none of us have trusted politicians for some decades now. We’ve been living in this post-truth situation for a while. And it is dangerous. Because lies lead to murder. Because lies are language of murderers. (John 8:44) If our politics is increasing based on lies, then our whole society is increasingly based on lies, and without truth, without honesty, without forthright discussion all that anything boils down to is who has power so that their “truth,” their narrative, their lies if you will, can be enforced. And I’m not talking about any one politician, or any one side of the political divide. I’m talking about both sides. For both sides of the political divide engage in lies. Both sides choose which truths they like. Which truths they listen to. And they ignore all the other facts. We engage in a lot of “My side is right and virtuous in all things” talk these days. “My side is never wrong,” which is a bald faced lie. And the two sides need each other. For people with a liberal bent tend to be opener to ideas and experiences. They also more creative when faced with challenges. While people with a conservative bent, who like to conserve things by their very nature, tend to be more defined, structured, less creative, but much better at managing systems, governments, companies, and keeping things going. But if political conservatives are in power too long, systems, structures, and governments tend to stagnate and die. And if liberals are in power too long in one place things tend to get too loose goosey, and tend to start falling apart. So no matter which side of the political divide you are on, we we need each other to get along and thrive in this world. That’s why God gave us people of differing temperaments and interests. And we both hone in on certain truths and tend to trumpet those truths. We have to speak our truths that we focus on, but we have to stop ignoring the truths that aren’t convenient to us, or don’t reinforce our own narratives. We have to speak honestly with each other. It’s the only hope we have for fixing things that are going wrong in our society.

The Jewish leaders confronting Him were speaking in opposition to their own holy books. They themselves confessed those books came from God who is true. They said that they had never been slaves. (John 8:33) Which was true in a civic or political sense within their own lives. No they were not slaves—though they all hated their Roman overlords who had conquered their land and were occupying their nation. But historically they had been slaves in Egypt prior to Moses and the Exodus. (Gen. 15:13; Ac. 7:6) More over, they claimed Jesus was from Samaria. (John 8:48) They were smearing Him the way politicians smear each other now. Even though it was well known who Jesus’ father and mother were (Matt. 13:55), where He was from, and where He had been born! Our Lord’s birth had been spread by the shepherds through the whole countryside so that everyone in Jerusalem had heard of the strange happenings in Bethlehem that night. (Luke 2:17-18, 20, 26; Matt. 2:1-3) Even famed men like Simeon and Anna, the prophetess in the Temple, (Luke 2:25-28, 36-38) had heard of Jesus and knew He would be coming to Temple soon, as was commanded by the Old Testament Law of the Lord. (Luke 2:22-24)

So when the Jewish leaders resisting Jesus smeared Him as a Samaritan (John 8:48) they were engaging in the typical political tactics that never really work on anyone, except those who are already willing to be convinced by the simplest of excuses to let them agree that their side is right.

Which puts in front of us an uncomfortable truth: we lie. For no one speaks the truth. (Ps. 116:11b; Rom. 3:9-18) We all lie. And if you pride self on being honest—which hopefully as a Christian you are—just ponder how your sinful nature twists you. How it uses your sinful desires against you. Think of the last argument you got into. Think of how you mulled it over in your mind. You mumbled about it to yourself. You retold it to friend who would listen or merely to yourself in your own mind. And how when you retell that argument you don’t report what you actually said, but rather what you should have said, or what you meant to say. Think of how you don’t report half of what enemy said, especially any good points your enemy had. But rather only your perception of what they said. And you twist their words into your understanding of how and why they are wrong. For we lie. To selves and each other. Which means, that in our sin, who is our father? (John 8:44) Speak the truth. Admit that you lie. Repent.

For when you speak truth, when the Lord points out your lies and turns your heart so that you repent unto Him, you are pure in heart. (Matt. 5:8) For He cleanses you. And the Lord said, “Blessed are the pure in heart for they shall see God.” (Matt. 5:8)

In faith in Jesus your heart is pure, i.e., it listens to and bends to the truth. To Jesus. The problem is you live in a world of lies and illusions. You have a sinful nature in you that lies. The prince of this world is constantly lying to you. The only way you can know the truth, and keep the truth clear is not by consulting your inner truth—that only gives you the world as YOU SEE it, according to your own perspective. But it does not give you the actual truth. It is valuable to acknowledge honestly to yourself how you see world, so that you can be honest with the Lord and admit your own resentments, your own fixations, your own problems with this world and how you experience it. Because there is no use lying to yourself about your own experience or resentments as you live life. Because only by honestly admitting them can you deal with your resentments. But, your “truth” that is far from the truth. It is merely “truth” as you perceive it, filtered through your own heart. Or as the psalmist said, “Why are you cast down, Oh my soul, why are you in turmoil within me?” (Ps. 43:5) For our hearts get stirred up when we are assaulted by doubt and lies. Lies which kill faith. But it does no good to deny that those lies are having an impact on you, as so often we do. This is why it is good to know your own heart, your own mind on a matter. To “know thyself,” as philosophers have said. To be honest in yourself that this is how I view world, or at least this issue. How I feel about it. But then consult the Lord. See what He says. Fact check yourself against what He says. For He is the way, the truth, and the life. (John 14:6) He is the measuring rod by which all spiritual truth is to known.

For in faith we see the Lord. By His Word we are given His measuring rod. By His grace He repents you and frees you from those lies which kill your faith or cause turmoil within. In mercy He builds up your understanding of what He has done, and how He has created this world to be, and how He works in your midst. And the more you understand that, the more faith increases in you. The more faith emboldens you so that you speak in truth and in love. So that your speech increases light and love as you are aligned with Him. To the glory of His name and the salvation of many souls.

Unity with the Stronger Man — Lent 3

From Where Does My Help Come? — Lent 2