The Joy of Life — 4th Sunday in Easter 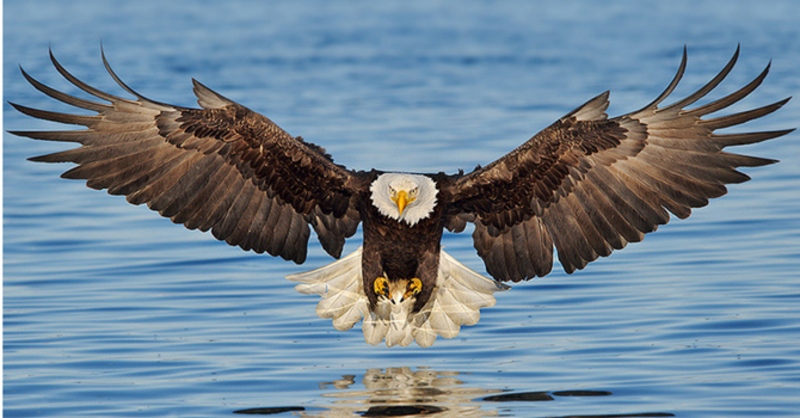 But the point is less about what the Lord means about “a little while” (John 16:17-18) and  more about joy and sorrow. (John 16:19-22) In the Christian life the joy of life comes from sorrow. Not merely in the way that Shakespeare meant it when he said, “Parting is such sweet sorrow,” but that the things that cause godly sorrow always lead to an increase of joy. For instance, sorrow over separation from the Lord, over His death, over your sin which required His death in payment for sin. Sorrow, or repentance over that. Sorrow over world’s rejection of Him. Over the world’s hatred of our Lord and His salvation. All of this leads to joy. Profound joy. For when Christ returned, raised from the dead, just a short while after saying these words, their joy was beyond words. When Christ brings you to repentance from habits that harm you and others, when He grants you forgiveness of sins and amendment of life, your joy is increased substantially. When sorrow over someone’s salvation leads you to pray for their salvation and to speak to them about Jesus, and when possibly after years of rejection they should finally repent of their unbelief and trust in Jesus for the forgiveness of sins, your joy is beyond measure. And can you imagine your joy in the Day of the Resurrection when Christ comes again and brings you forth from your grave, along with all your loved ones who have departed in faith? What a glorious day that will be! How full will your joy be? Beyond measure. (Isa. 40:26; Ps. 147:4-5) Beyond counting. Beyond speaking. You will rise up as on eagles wings. You run and never grow weary. Walk and never grow faint. (Isa. 40:31) You will be filled with vigor and new life. No one will take your joy from you. (John 16:22)

For godly sorrow brings eternal joy. The sorrow of life brings the joy of life.

And our Lord does a lot of playing with this pair of sorrow and joy. After all, the world will rejoice over you. (John 16:20) For a little while. The world that He made. He who numbered the stars, called them all by name. (Ps. 147:4) Who sets the limits of all things in the universe. (Ps. 104:5-9; Job 38:4-12, etc.) Who knit every body and soul together in their mother’s womb (Ps. 139:13), knows them by name (Isa. 43:1), and numbers the hairs on their heads. (Matt. 10:30) They rejoice over His death. That certainly was true of the death of our Lord. The Jewish ruling council, the Sanhedrin, thought they had done away with a threat. Pilate thought had ruled his province well, and kept order. Those who sneered at the Lord as He died laughed. Satan must have been ecstatic. And these days, when the world which is run by people with a sinful human nature—and since your sinful human nature does not want to repent of sin nor recognize Jesus as Lord and saviour—thus, the world in general, as a system, is not pleased that Lord the exists. It wishes to deny Him. To minimize Him. To get rid of all evidence of Him. It is pleased when churches turn on the Lord and are not faithful to His Word. It is pleased when they preach a generic “god” who wants us to be nice to each other, but the world does not like talk of a God who judges all to be sinful and has taken that sin so seriously that He took that sin upon Himself in order to remove that which separates the Creator from His beloved creation. So the world, in general, is aligned against our Lord. (John 16:20; 15:18-19, 23) It delights in anything that minimizes Him or defames Him.

And don’t just think that’s just out there. That it’s just “those” people who do that. You yourself are born with sinful desire in you. (Rom. 5:12, 17; 7:8, 10, 13, 15, 17; Ps. 51:5, etc.) You yourself are part of this world. You are influenced by the culture around you. By the prevailing thoughts that everyone is thinking, which are expressed in newspapers, radio, tv, movies, popular music, in casual conversation. If you don’t think you are influenced by the world then why don’t you talk openly about your faith constantly? For most of you here, your faith in Jesus is a core thing for you that defines who you are: a Christian saved by Jesus. So why doesn’t it come up more in conversation? I’ll tell you why. The world doesn’t want it to. And so they teach their values. They catechize you when you are young. They enforce their orthodoxies if your should step out of line. That’s why so many of you were so surprised at the coverage of the Humboldt vigil, because there was actually a little bit of Jesus talk there, and prayer to Triune God that was not mocked or silenced. That’ shocking to us. Because the world doesn’t want to talk about Jesus. Not the true Jesus of the Bible. Not the Jesus who died and rose and forgives your sins. A Jesus who calls things sinful and calls people to repentance so that He might forgive them. This is not acceptable to the world. So repent of how you’ve been impacted by world. Pray for the Holy Spirit to give you wisdom to know what to say. And courage to say it. For though speaking of Jesus may produce sorrow as people reject your Jesus, such sorrow will also turn to joy when some from among them actually turn to Him and believe!

And Jesus uses the example of child birth. (John 16:21) That when the hour of delivery comes there is fear and intense pain. Great difficulty. Sorrow. But it is also a miracle how as soon as that pain is over and the child in your arms how the pain is forgotten. And ladies often smirk when this fact is brought up, saying, “Yah, right it’s hardly forgotten.” And that may be so that that kind of intense pain is never forgotten. But you ladies also don’t see yourselves. You don’t don’t see the unbelievable, instantaneous transformation that occurs from moments before of exquisite agony to angelic calm and joy that comes over you for the joy that this beautiful new life is held in your arms. It is truly one of most miraculous experiences our Lord has granted us on earth.

Our sorrow in life as Christians is intense—to the point of losing friends, jobs, belongings, freedom, maybe even your life. But the joy that this new life in Christ is suffused with—both now due to His resurrection and to come in our own resurrection on Last Day—is so surpassing, so transformative, so beyond expressing that all we can do is point to it. Talk around it. And say, no will take your joy away from you. (John 16:22)

For Christ is risen. He is risen indeed. Alleluia!