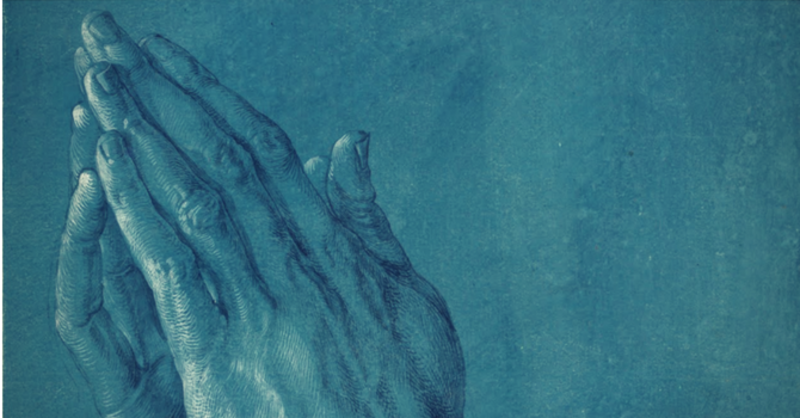 Most of you don’t realize how amazing this is that you can go directly to Father through the Son. (John 16:23-24) For this is not the ancient path of religion. Most religions focus on accessing the deity through an intermediary. In the Old Testament it was through a priest or prophet like Moses.  And most religions are like that: you go through a priest, a mulah, a magician, Mary, the saints, or whoever is their go to man, their in-between between them and the gods. We even see that in the Old Testament reading today. For who do the Sons of Israel go to? Not to God Himself, but Moses. (Num. 21:7)

And Moses went to God. He prayed on their behalf, interceded for them (Num. 21:7b), and God gave them through Moses a bronze serpent. (Num. 21:8-9) A serpent that was to be lifted up on a pole. Lifted high for the whole camp of Israel to see. And it must have been quite a high pole or cross for the whole camp of Israel numbered over 600,000 fighting men (Num. 1:45-46), not counting the women and children. All these could see the serpent. The image of the curse of their sin. (Num. 21:6) For their sin of grumbling against Lord, of speaking against Him and His prophet Moses, had brought this curse of poisonous snakes. Snakes whose bite hurt so much it was fiery. (Num. 21:6) And the Lord saved them through looking at an image of their own sin lifted up on a pole, as a sign of the Lord’s forgiveness of their sin. Of His salvation for them who were ungrateful for their salvation from oppressive slavery in Egypt. (Num. 21:5) For the Lord’s salvation of them in this way was as though He had said them, “Look at your own sin, at what you brought down on own head and repent. And lift up your eyes to me as I have spoken. Turn to me and I will save you.”

This is the great news of Christ’s ascension, that now we who are saved ask nothing of Him (John 16:23), but go directly to His Father in His name. (John 16:24, 26-27) For that is the Day Christ speaks of when He says, “in that day”—in the day of His ascension to the Father. (John 16:23, 28) In that day you will ask nothing of Me. (John 16:23) Up till then, whenever the disciples had a problem they brought it to Jesus. But from now on they would go directly to the Father. Not to Jesus. (John 16:26b) They do not need Him to pray for them. They do not need a priest, or Moses or Mary. They now go to the Father. For Christ our Lord says the Father loves you because you have loved Him and believe that He came from the Father. (John 16:27) For no one comes to Father but by the Son. (John 14:6) And the Father loves all who love His Son and believe that He is not only sent by God, but is God Himself come to save. (John 16:27; 14:21)

This is what it means to pray in Jesus’ name: to love Jesus and believe Jesus. (John 16:26-27) And so to have access to the Father. (John 16:25) This is the gift of Jesus’ ascension to the right hand of the Father—that now we have access to the Father. That’s what all that talk about speaking plainly and figurative language refers to. (John 16:25, 29) The “plain talk” is not plain, simple, unvarnished talk the way we use that term now, but direct talk, i.e., Jesus talks directly about and to the Father. Because He has direct access to the Father. That word in Greek comes from the Greek city states—those early democracies where each land owning man was a citizen and a citizen had a right to talk in the democratic assembly that governed the city. He had access to the assembly. This “plain talk” is not just speaking “plainly, like a man,” but speaking directly to the Father through faith in His Son. The Father lives you and grants you access to Himself on account of His Son. Think of that stupendous privilege which is yours! Think of the enormous responsibility that comes with it! For who has this direct access to the Father? Only those who love and believe in His Son Jesus Christ. And Jesus says, “If you love me you will keep My commandments.” (John 14:15, 21) You will listen to My word and believe it! (James 1:22-24, 27) For that is the commandment of Jesus to believe in Him. (John 6:29; 14:1; 3:16) He who please Father is He who believes in Jesus. So not just everyone who says “Lord, Lord” or “God God” has access to the Father. (Matt. 7:21-23) But only those who love the Son and LISTEN to Him. So this is not only a huge privilege, but an enormous responsibility. For only those who love the Son by listening to Him, believing in Him, have access to the Father. Which means, we have the Father’s ear. The Father listens to us. He grants us our petitions we lift up in faith. Which doesn’t mean if you slap on a “we pray this in name of Jesus” that the Lord will do it. It means, having faith in Jesus the Father listens to you. He grants you what it pleases Him in His love and mercy to pour out abundantly on you. So whether the Lord says, “Yes,” or “How about this instead,” or “Not now,” or just a flat out “No,” it means that the Lord listens to YOU and grants you what is best. He does not promise to listen to anyone else on earth, except those who love His Son and believe that He sent Him into world to be your saviour. (John 16:27) Whoah.

So, though we have tribulation and difficulty, and sometimes we feel like God is not listening to our prayers, in the Son we have peace. (John 16:33) For we know the Father listens. He loves us on account of Jesus. That’s a big deal. For the Father loves us on account of Jesus’ death and resurrection. He listens to you. Not only that, but He privileges you, makes you part of His answering of others’ prayers. For true religion, that which loves Son and hears His law and puts it into practice cares for others. (James 1:27) So that when others—widows, orphans, especially those of the household of God, those brothers and sisters whom you know who are suffering—are afflicted, when you in love care about them, visit them, meet their needs or even just let them know you care, you are living out your faith. (James 1:27) You are being a “Moses” to that person, bringing the mercy of God closer to them. So that they, as they hear the word about Jesus (John 16:27; Rom. 1:17) from you can go directly to the Father and receive His mercy and love directly from Him. Just as you are bringing His grace and mercy to them. For the Father uses both. He gives you direct access to Himself, but we are people of flesh. We need messengers of flesh—brothers and sisters in Christ to be His hands and feet. To minister the right touch, the right word, the right action at just the right time. And moreover, out of His great love for us, when Christ Jesus ascended into heaven He sent His Holy Spirit into the world who acts through flesh and blood messengers in the office of ministry so that we might know for certain as though from God Himself that our sins are forgiven when we hear it proclaimed by His called and sent ministers. For Christ came into the world to conquer it and to give us life everlasting. (John 16:33)

And Christ is risen. He is risen indeed. Alleluia!