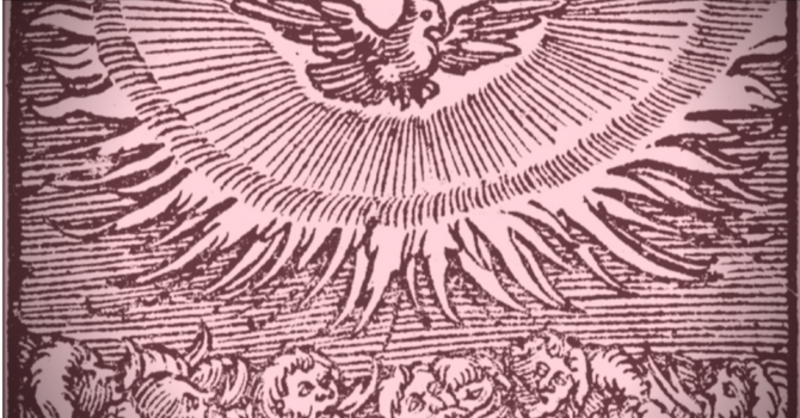 What confusion, what confusion. For that’s what “Babel” means—confusion. For there the Lord confused their languages. (Gen. 11:9) He befuddled their tongues, so that they didn’t speak the way they had before. The Lord had descended down to do this. (Gen. 11:5) And that confusion—which inevitably leads to conflict if it lingers too long—drove them apart. (Gen. 11:8, 9) They, who wanted to make a name for themselves and scatter that name abroad on earth so that all mankind would know of them and their great city (Gen. 11:4LXX), they made a name for themselves all right. A byword among the nations. A name of foolishness. (Gen. 11:9) Of the hubris and pride of mankind which lifts itself up against God. Which says, “We don’t have to do what God says.” For when He said to Noah after the flood,”Be fruitful and multiply and fill the earth,” (Gen. 9:7) just as He had said to Adam and Eve (Gen. 1:28), they didn’t. They stopped. They didn’t want to wander earth. They didn’t want to fill it with life to the glory of the Lord. They wanted to settle at the first good spot they found. And make a name for themselves. (Gen. 11:4) To use their technological mastery to tame the cosmos. To confound God. To show Him who’s boss. And what happened to them? The  Lord descended to cause His plan to move forward. (Gen. 11:5-7) They would scatter and disperse upon the earth. They would be fruitful and multiply and fill it with life. Their name would be scattered abroad, but as a name of foolishness, of judgement, of the futility of thwarting the Lord’s purposes.

And isn’t that where we are now? As a society we seek thwart the Lord at every turn. We limit our family size we so that churches and towns and cities and countries aren’t replacing themselves and then we import new people to fill the void because our economy, our social welfare state, our pension plan models all depend on constant growth. But then not having grown ourselves, having imported others to help fix our problem, we then complain about these new people we import for our purposes, saying, “They have a different language, a different culture. They’re not like us.” It’s ludicrous. Repent.

We have TV and smart phones to entertain us. We have communication devices like the world has never seen and yet we feel more and more disconnected, more and more bored. We lift up all this technology, all these medical advancements which extend life and say, “We have conquered the universe! What do we need God for?” And yet most of us harbour doubts about how helpful all this “life extending” stuff actually is. Sure we have more years than ever before, but so often the quality of those years is less than ever before. And our relationships are fewer and of lower quality than when we weren’t quite so entertained, when we had a little less time saving devices and often did tasks together with others.

And God sits in the heavens and laughs (Ps. 2:4) at our arrogance, and weeps at our self-inflicted sorrows. He weeps over our sin, over our obstinate refusal to recognize Him or His ways, and how we hurt ourselves. But He laughs because in the end just like Babel we can not conquer Him, and all our wisdom, all our knowledge, all our technology throws us into confusion—especially when we worship it to make a name for ourselves. To get rid of God. To free ourselves from Him and His demands. Repent.

For when we want to make a name for ourselves God will let us do so. But not to our glory. To our everlasting shame. Just like Babel.

When we don’t want to delight in the purposes for which He made us—which are not leisure and entertainment and the “good life” however define it—for delighting in family and friends and serving one another in love so that the quality of everyone’s life is better. So that all are surrounded with family. Then He lets us have the desire of our hearts—even when it destroys our meaning and purpose. For how else will we learn, but by facing down that emptiness which seems so desperate? But so many of us these days simply try to fill that chasm with more screen time, with one more show, one more game, one more scroll down the social media feed. Hoping that something in there will make our lives worth living. Or that some new drug will fix our problems.

Well, guess what, your life is worth living. Not merely because you’ve retired comfortably and can now pursue your real passion. Not merely because you’ve lived a good life and enjoy the fruits of your labour. No, because so often you have not, or even if you have, illness, cancer, disease, both physical and mental, as well as addictions invade and throw everything into confusion. Ripping apart your life or the life of someone you love. But even in the midst of confusion and unbearable suffering your life has purpose because you belong to Him who created you, who delights in you, who has redeemed you from your failures and arrogant thwarting of His ways with His blood shed of the cross. And now as part of His family your life exists to make the suffering of others around you a little more tolerable. To come around people, to gather together, to be united as a family, as a community, as those who lift each other up when we are down. This is the purpose of life.

And God the Holy Spirit has carved out of this confused, messed up world a community which gathers around His voice, His Word. That was the purpose of the outpouring of the Holy Spirit. To reverse the curse of Babel. To bring order and peace into the confusion. So that where there is faith in the word of Jesus there is unity. And this order, this community, this meaning in life does not exalt your name, but the name of Jesus. (Ps. 143:11; Ac. 2:21) For it is only in speaking the word of truth, the word about Jesus that there is true unity. That differences of culture, or language, and the confusion that comes from sin and misunderstanding one another—only in Christ is there true unity. So that at Lord’s Table we are united in Him with all Christians around the world in one great big united nation, scattered across face of the earth. The nation of God. Under God. Which is also why is so important for us to seek unity here on earth. So that when we come to the Lord’s Table we are not disunited, but truly united in faith. That’s why our church and so many throughout history have practiced “closed communion,” i.e., only those commune together who have already declared a certain amount of unity with each other. And the least amount of unity which is needed is that you agree that Jesus’ body and blood are present in the bread and wine. To forgive you. That God has come to earth. This time not to separate the nations of earth, but rather to unite them through His Word. In His body. With His blood. Which washes away our sins of serving self, of denying God, and thinking we have no need of Him.

You’ve received the Spirit in Holy Baptism and our unity is renewed week by week at the Lord’s Table. But in between our coming together here the Spirit’s job is to bring to your mind all which the Lord has said. (John 14:26) So that when you depart from His Word the Holy Spirit convicts you of your sin by bringing to mind that word which points out your error. And then He brings you back to His life-giving Table again where we call on the name of the Lord together. Not in disunity, but in unity with the whole Church on earth and in heaven. For everyone who calls on the name of the Lord will be saved. (Ac. 2:21)