The Father planned long before the foundation of the world for His Son to take on our flesh. (Eph. 1:3-6) He who does nothing without revealing it to His prophets (Amos 3:7) so that they can proclaim it abroad so that He will not be without testimony of His righteous actions to save. He has let it be known for long ages. The prophets have foretold the Father’s gracious plan that a virgin would conceive against all the laws of nature and her son would be called Immanuel—God who is with us. (Isa. 7:14) For her Son would be God. And that Son would be the Wonderful (Isa. 9:6; Jdg. 13:18), the Counsellor of all earth (Isa. 9:6; 28:29), for He is the Mighty God, sent by the Everlasting Father to be our Prince of Peace, to rule us not in just recompense for our sin, but in His righteous acts to save His wayward subjects.

His coming forth is from ancient days (Mic. 5:2) for He is the Mighty God (Isa. 9:6), the Ancient of Days. (Dan. 7:9) He is without beginning or end. He is the one who was the original ruler of Israel for God was Israel’s king. (1 Sam. 8:17; 10:19; 12:12) Long before they cried out for a king (1 Sam. 10:19) God was their ruler. Their protector. And King David born of little Bethlehem—which means house of bread—was merely a foreshadowing of this eternal king of Israel. (Mic. 5:2) Of those who wrestle with God. (Gen. 32:28) Who cling to Him in faith. Who are clung to by God so they are given supernatural strength to cling to God long after their own strength is spent. So that in clinging to God they overcome both men and God. (Gen. 32:28) For that is what the King of Israel does: He clings to you. He causes you to cling to Him in faith. This is how He rules you. By clinging to you. Not letting you out of the shadow of His wings. (Mal. 4:2; Ps. 91:4) Even though you wander. Even though you walk into dens of lions, pits of vipers - hideouts of thieves, He clings to you in your Baptism. He will not let go of you. (2 Tim. 2:13) For He has made Himself your King. He has made your problems His responsibility.

For He rules you in love. Rules you with His forgiveness. (Ac. 10:43) So that clinging to Him in faith you have forgiveness in His name. For His name has been marked on you in your baptism. You belong to Him. You are His citizen. His subject. Your country—His country—is His problem. He protects, defends and saves it from all her enemies. From sin, Satan, and death—whose power is sin. (1 Cor. 15:56) So, in order to deal with death and Satan He takes sin into death in His own body, taking the just penalty of sin in His holy body, breaking death and Satan’s power over you  freeing you from sin. (1 Cor. 15:55-57)

So that, whether you believe in Him or not He is the mighty King. The King who has conquered all mankind’s enemies. He is truly worthy to be praised. To be honoured and glorified in all the earth. For the earth and its fullness are His. And one day every knee in heaven and earth shall bow before Him. (Phil. 2:9-11) Those who believe in Him bow before Him now in faith, but even those who stubbornly reject Him will bow acknowledging His rulership over all things, glorifying His Father on whose behalf He came to conquer His people’s enemies.

So that the Firstborn of the Father will be praised not only by those ancient Israelites who in faith looked forward to His coming, but by all nations of the world (Heb. 1:6)—by we Gentiles whom He came to rule in grace and truth. (John 1:17) They will praise Him for in Him they are saved. (Ac. 10:43) But He is the king of all creation. The ruler of the whole universe. And all creation sings His praise. And in the endless ages of ages the powers, dominions, and  the all hosts of heaven from the highest angelic beings to the lowest human will sing of Him and His loving rulership over us evermore and evermore. 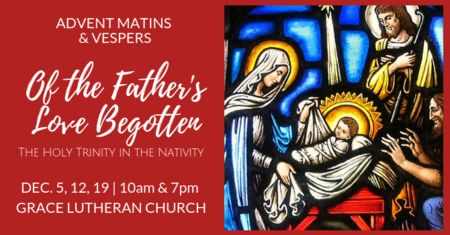